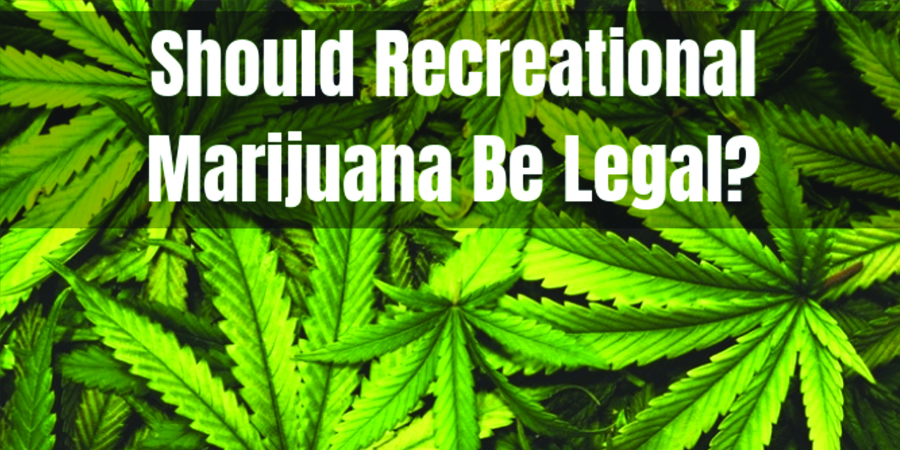 As a businessman in the Midwest with hundreds of employees and customers depending on our timely delivery of steel, I am concerned with the nationwide trend to legalize marijuana for recreational use.  The popular position is to free law enforcement from the burden – and high costs — of tracking down, capturing and prosecuting offenders so it can go after the bigger drug dealers and users.

From my perspective, however, and I am not alone, putting marijuana – or cannabis – on the open market would spell disaster for our economy.  Here’s why:

Part of that $74 billion, of course, is spent on employer programs to prevent and reduce drug use in the workplace.  In addition to drug testing, employers provide access to treatment programs.  You are going to see that cost increase even more with legalization of marijuana.

Not only does it affect the immediate workplace which can be controlled by personnel screening and other preventative measures, but what about the people who drive the trucks that transport our products and supplies locally, regionally and nationally?

According to the Insurance Institute for Highway Safety and the Highway Loss Data Institute, there has been a 5.2 percent increase in truck crashes since recreational marijuana became legal in some states.   Data compiled by the National Highway Traffic Safety Administration (NHTSA) found that among the nearly 50,000 drivers involved in fatal crashes each year for the past four years the leading drug they tested positive for was marijuana.

What commercial truck drivers need to remember is that although 10 states, the District of Columbia and Canada have legalized the drug, the U.S. Department of Transportation (DOT) is still enforcing the federal interstate commerce laws.

Since the federal government licenses truck drivers, it is illegal for a truck driver to use marijuana – even though the drug may be legal in the state in which he lives! Because carriers themselves are licensed and given power to operate interstate by the federal government, driver drug usage puts their business in jeopardy.  Federal guidelines consider drivers of commercial vehicles in the same public safety category as commercial airline pilots, ship captains, police officers, firemen and paramedics.

Furthermore, testing positive for marijuana or any other DOT banned substance effectively ends the career of the driver who tests positive.  Because of the risk and liability associated with putting a driver behind the wheel of an 83,000 pound loaded vehicle, insurance companies will not extend coverage on a driver who uses tests positive.  While this may seem unfair, ask yourself this question. Would you get on an airplane flown by a pilot who failed a drug test?  Would you go into surgery performed by a doctor who failed a drug test?  Should ship captains who fail drug tests be allowed to transport passengers, billions of products, or environmentally sensitive products like oil?

Unfortunately, the situation gets even more complicated when we’re talking about field sobriety tests for truckers.  Today’s breathalyzer tests have proven to be unreliable for detecting other forms of drug use.  For instance, In Washington State, a driver can be charged with a DUI if they are found with a THC level of 5 nanograms per millimeter of blood.  But that law is being disputed on grounds of scientific evidence to prove the level of THC is inappropriate since THC remains in the bloodstream long after it is ingested.

Other currently available tests, using saliva, urine or blood, can take many hours or several days to obtain results.  The testing program used in Belgium and other parts of Europe:  Oral Fluid (OF) roadside drug testing.  Since its implementation in 2009, it has increased true positives and decreased false positives of suspected marijuana-related DUI arrests.  However, unlike alcohol, the level that determines impairment remains undetermined.

Meanwhile, the truck crash injuries, fatalities and arrests continue to climb as officials seek a federally mandated marijuana roadside testing policy.  Trial lawyers, who have already inundated the trucking industry with lawsuits that range across the spectrum costing billions, are going to add marijuana related causes to their portfolio whether it is legalized or not.  The burden to prove that the driver was not impaired will rest on the driver and his company with no established guidelines that can be used to defend against these lawsuits.

This only scratches the surface of the problems involved with these safety sensitive industries.  But it does illustrate how important the issue itself is for the trucking industry. Moreover, it should put any company on notice about the risks involved with any new venture involving marijuana usage by its driving personnel.

Despite all the efforts to combat drug use in the freight industry, they may be on a dead end road if presidential candidate Sen. Cory Booker, New Jersey democrat, and his supporters get their way.  He recently reintroduced legislation that would legalize marijuana at the federal level, and open the possibility of greater danger on the nation’s highways.

One of the reasons for the shortage of drivers in the commercial trucking industry today  — aside from the lonely and disruptive lifestyle of cross-country freight hauling —  is the unwillingness of potentially young drivers to subject themselves to the anti-drug rules and procedures that come with the job – despite annual salaries that range upward of $70,000.

If we are going to maintain a healthy economy going forward, we must rely on a safe and healthy workforce, free of marijuana and other drug stimulants.

Legalizing marijuana is not the answer.