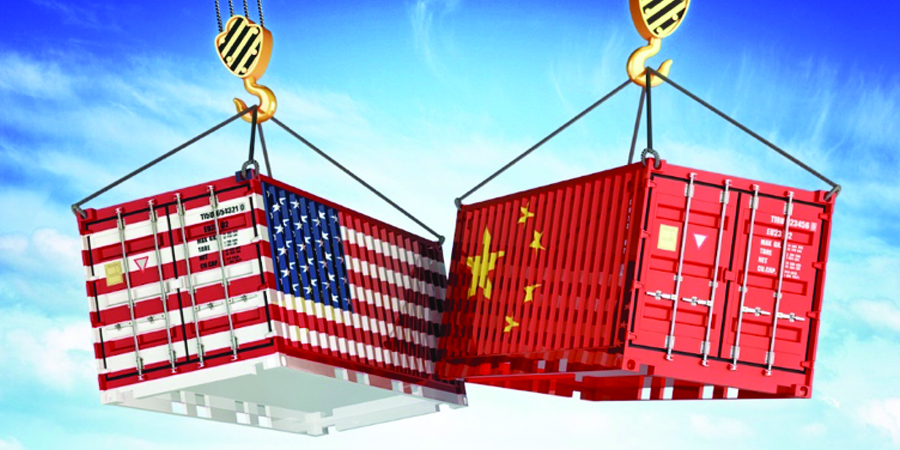 The United States Must Not Back Down

Americans are about to be bombarded by our hyperventilating media about how Trump’s failure to reach agreement with the Chinese will devastate our economy, ruin our standing in the world, cause our farmland to dry up, and destroy the world.  Of course, everything bad that happens from now on is our President’s fault.

To understand where we are today, we should take a brief look at why we started this in the first place.  To do this, we also need to understand the truth about China.  China is not a benevolent force for good in the world.  It is a totalitarian dictatorship that has enslaved billions of people in the world, contaminates the environment on a level never seen in world history before, egregiously spies on the United States at al levels of government and business, repeatedly steals American technology, engages in a rapidly expanding military footprint which includes creating islands in the South China Sea to control trade routes worldwide.  In short, they are a major threat and adversary to the United States and its allies.

The United States has tolerated a one-sided trade deals with China for decades.  China works diligently to maintain this imbalance adeptly targeting politicians from both parties.  They repeatedly side step scrutiny by influencing the family members of elected politicians.  For years they have fostered the reputation that they make things cheaper and better than the rest of the world.  They have built manufacturing capacity in certain industries on a scale that is intended to destroy entire industries in countries throughout the world.  For example, China now has developed enough steel production capacity to supply more than the world’s total demand without possessing enough domestic iron ore and coal supply to make it.  These imports come from as far away as Brazil at costs that would make exporting impossible without government subsidy.  This came to fruition about a decade ago when the Chinese dumped millions of tons of steel into the United States and Europe at prices $ 200 per ton lower than the market price at the time.  Wilber Ross, Trump’s Secretary of Commerce, had a front row seat to all of it.

After years and years of technology theft, heavy tariffs and closed markets to American products, industry destroying unfair trade practices, espionage, and military aggression, the American people elected a President who stood up to China.

This President understands that America purchases far more goods from China than we sell to them.  Chinese exports represent 0.6% of our GDP yet imports from China have deteriorated America’s GDP far more than that number.  He clearly understands that China has much more to lose than the United States.  Up until earlier this week when China caused this crisis by walking back numerous items in the current trade agreement that they had previously agreed to, it appeared that we were close to a better deal.  One wonders if the pro-China rhetoric coming from Joe Biden, whose son manages over a billion Chinese dollars in his hedge fund, gave the Chinese pause in completing a deal.  In any case, Trump is faced with fighting harder or signing another one-side bad deal with China where America faces closed markets, technology theft, and unabated espionage.  If you care about the American people, you have no choice but to fight and that is exactly what Trump is doing.

The American people need to stand up to the fear that our media is fanning.  The wall to wall panic peddling is ridiculous.  Trump increased tariffs on Chinese products by $ 30 billion and the stock market dropped $ 700 billion.  The same thing happened when the steel tariffs were implemented.  The price of steel rose sharply for 3 to 6 months. Thousands of articles were written on how the manufacturing base would collapse and GDP was going to crash us into a recession.  A little more than a year later, US Domestic Steel making capacity has gone from a 72% utilization rate to 83%.  Steel prices are lower today than they were in 2018 when the tariffs were implemented.  American Steel Producers expanded capacity, hired more workers and filled the supply void.  It took them less than a year.  GDP is at 3.2% and unemployment is at 3.6% with labor shortages in our manufacturing industry.  The economists were dead wrong.

Rational minds need to return to this discussion.  We need to support our government in its trade talks with China and be prepared for a fight that will require us to make more products in the United States and buy more goods from other low-cost countries that are friendly with the United States like South Korea, Japan, India, Vietnam, Indonesia, Mexico, and South America.

China has grown into the second largest economy in the world behind self-serving trade deals.  They have built a Great Trade Wall behind which their economy has grown faster than anyone in the world.  Despite this, we are all told that if the United States were to ever negotiate similar deals we would experience devasting economic collapse.  Considering that the United States has vast resources, unrivaled technology, a diverse and dynamic work force, and is one of the few countries in the world that is largely self-sufficient, its hard to believe that a 15% short term increase in the price of an I-Phone will bring this nation to its knees.