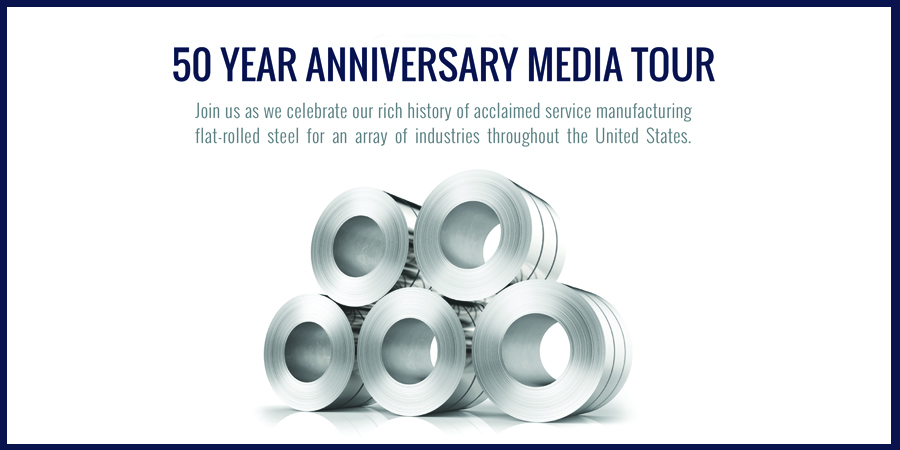 August 8, 2018 – Chicago – Today, the Lex Group is proud to celebrate its 50Year Anniversary as one of the largest flat rolled steel and metal distributers in North America. With locations in Los Angeles and Chicago, the Lex Group credits its rapid growth over the last five decades to expanded distribution throughout the nation, meeting customer needs and achieving successful business imperatives. Lex Group currently distributes more than 240,000 tons of steel per year to its diverse customer base.

“Wow, it’s hard to believe it’s already been 50 years. We are thrilled to have met this huge milestone as it is a testament to our hard work and dedication to our team, family, partners and customers,” said Robert Douglass, CEO of the Lex Group.

“Transitioning from Lexington Steel to The Lex Group was truly a team effort and we couldn’t have done it without the support of our customers and partners,” said Paul Douglass, COO of the Lex Group and president at LexWest. “We are excited for another 50 years and are optimistic about the future growth of the company.”

“The industry we thrive in is fluctuating constantly and we have been able to experience consistent growth throughout. I’m proud to have walked this journey with my dad, brother and Tim McFarland who has been instrumental in building this company since its founding,” said Bill Douglass, president at LexCentral.

The Lex Group, previously known as Lexington Steel was established in 1968 by the Maroscia family as a small steel service center on Lexington Avenue in Chicago. It originally operated one slitter that processed steel that various manufacturers purchased from the mills in Northwest Indiana, eventually moving to its central location in Bedford Park.

In 1990, the Maroscia family sold their business to Robert Douglass and a group of investors in which it remained as a family owned business under Douglass’ leadership with his sons and Tim McFarland. After the acquisition, Lexington Steel created LexCentral and experienced rapid financial growth and doubled in size within the first five years while creating supply chain solutions for many of America’s largest manufacturers.

In 2000, LexWest was created to expand distribution into the Western United States and Mexico. Paul Douglass, son of Robert Douglass, grew LexWest into one of the most successful service centers in the U.S. which encouraged future entrepreneurial endeavors.

In 2008, Bill Douglass, another son of Robert Douglass, started Douglass Logistics, a trucking company that hauls materials for major steel mills and numerous manufacturing customers in the Chicago region.

To facilitate the growth and expansion of LexWest, LexCentral and Douglass Logistics, the Lex Group was established to accurately reflect the nationwide distribution network that has been created over the years.

These companies function independently with the additional benefit of purchasing power, backend consolidation and economies of scale.  The scope of product lines, markets, and distribution networks allows the Lex Group to offer an extensive array of products while enjoying the quick and nimble service that has been associated with the Lex companies since the start in 1968.

In celebration of the monumental milestone, the Lex Group will be holding a company picnic on August 10th for employees, families and friends. In addition, a plant tour will take place before the picnic in which local and national media are invited to learn more about the company’s processes and successes.

For more information on the Lex Group and its services, please visit: https://lexingtonsteel.net/.

About The Lex Holding Company

The Lex Holding Company is the parent company of the Lex Group and a group of subsidiaries that distribute flat rolled steel and other related metal products to solve the challenges that North American manufacturers and distributors face every day.  Its businesses offer full production and logistical support with distribution facilities in the Midwest, South, and Western United States. For more information, please visit: https://lexingtonsteel.net/