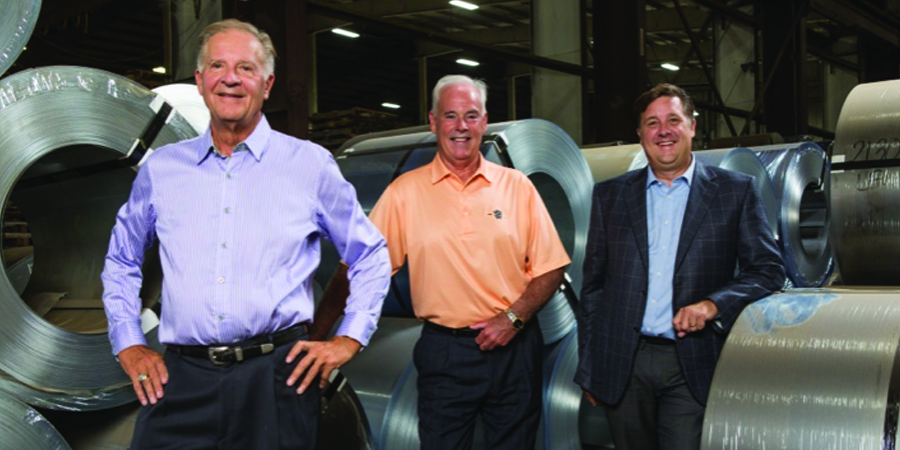 Celebrates Half a Century in Chicagoland

August 14,2018(Chicago)– This past weekend, The Lex Group celebrated its 50th Anniversary by hosting a corporate office and plant tour as well as an employee picnic that welcomed some employees that have been a part of the company for decades.  The Lex Group is one of the largest flat rolled steel distributers in North America with locations in Los Angeles and Chicago. A video showing the strength and capabilities can be seen here: https://www.youtube.com/watch?v=hMGb8ZVwcQE

“I could not be prouder of our heritage in The Lex Group as well as where we are today,” said Robert Douglass, CEO of the Lex Group.  “After 50 years in an industry that experiences rapid change, we are proud to say we continue to thrive and provide a great environment to our employees and we are happy to celebrate today.”

“We couldn’t think of a better way to celebrate the Lex Group, its long standing success in the local community and its employees than to come together and remember our beginnings as well as where we are today,” said Bill Douglass, president of Lex Central.  “As a family owned business, celebrating together is one of our core values and we believe it is a huge factor in what has allowed us to succeed in any economy.”

The Lex Group credits its sustained growth throughout up and down economies to focusing on the needs of its customers and by expanded distribution throughout the nation. The Lex Group currently distributes more than 240,000 tons of steel per year to its customer base serving the automotive, construction, appliance, office furniture, metal building and material handling industries.

The Lex Group, previously known as Lexington Steel was established in 1968 by the Maroscia family as a small steel service center on Lexington Avenue in Chicago. It originally operated one slitter that processed steel that various manufacturers purchased from the mills in Northwest Indiana, eventually moving to its central location in Bedford Park.

In 1990, the Maroscia family sold their business to Robert Douglass and a group of investors in which it remained as a family owned business under Douglass’ leadership with his sons and Tim McFarland

The company provided tours at its corporate office in Oak Brook and manufacturing facility in Bedford Park, then employees and community members enjoyed a picnic catered by renowned local chef Chuck Pine of Chuck’s Southern Comforts.

For more information on the Lex Group and its services, please visit: https://lexingtonsteel.net/.

About The Lex Holding Company

The Lex Holding Company is the parent company of the Lex Group and a group of subsidiaries that distribute flat rolled steel and other related metal products to solve the challenges that North American manufacturers and distributors face every day.  Its businesses offer full production and logistical support with distribution facilities in the Midwest and Western United States. For more information, please visit: https://lexingtonsteel.net/